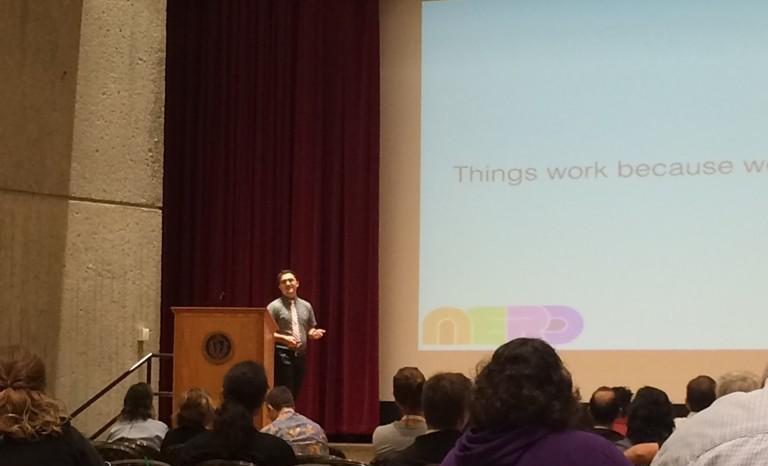 NERDSummit 2014: A revolution in our DrupalCamp!

(The following is an excerpt from a much larger essay titled We Sold Drupal to the World.)

Regarding our community we can ask ourselves the following questions:

Are our events too intimidating?

Here in the New England web developer community, we tried to answer these questions with a new web developer conference. We called it the New England Regional Developer Summit (NERDSummit). The first thing we did was we made the scope wide, covering multiple technologies rather than focusing on just one. So, for example, instead of just focusing on Drupal, the conference included the WordPress and Joomla! communities, as well as many general topics in things like Ruby, Rails, Django, Python, Node.js etc.

The choice to expand our camp’s scope reduced the intimidation factor common to these types of events. An event about a single technology will have a large number of attendees who know that technology very well. Rather than feeling like a larger number of attendees will be there to help one who’s learning, instead, a beginner is likely to feel they will be getting in the way and frustrating others with their own inexperience. An event about multiple technologies changes this dynamic in that the knowledge hierarchy becomes distributed and irrelevant as a hierarchy at all. A group with expertise in one of the event’s technologies, for example, could in fact be a small influence on the event as a whole.

Are our events inclusive enough?

Diversifying the event’s content also made the event more inclusive. An event about a single technology presupposes that one has “chosen” that technology to some extent. It excludes, typically unintentionally, people who have not chosen it and are still deciding and, intentionally, people who have chosen another technology. By leaning more towards “something for everyone,” an event can draw more people and be a place where things are discovered and chosen.

We think people should choose what we’ve chosen, but there needs to be a place where it is actually a choice.

The point here is not to change the events that focus on a single technology, but just to say that an event that focuses on many technologies is less intimidating, more inclusive and more likely to bring new people into the industry.

Do our events champion a Code of Conduct?

For NERDSummit, we made a big deal about our Code of Conduct. We put it in places where it couldn’t be avoided. We focused on it at registration and in each day’s opening remarks. We spent time with it, as organizers, to understand it and then worked with volunteers to pass that understanding along.

Things work because we make them work.

Good consistent results take intentionality. A Code of Conduct is an example of that intentionality. It is saying, in writing, officially, how we will behave and what we will not tolerate. It is accepting and agreeing to it as a community and standing by it, adhering to it, making it real and making it work.

This is important to a lot of people. Championing a Code of Conduct makes this industry a more reasonable place to be for people who would otherwise find home elsewhere.

Are we giving our events the credit they deserve?

With career paths and fields of study, relevant to the web development industry, being non-existent in most places; our meetups, camps, summits, and conferences etc are critically important to how open source works. It is within the events that we are bringing people in and we are teaching ourselves how to thrive. We are doing it and we are doing it ok, but we need to do better.

How did NERDSummit do with bringing more people in?

The NERDSummit is a direct expansion of its local area’s Western Mass Drupal Camp. Here are some comparisons between the 2013 camp and the 2014 summit.

This is reasonable considering the expanded scope and the length of the event going from one day in 2013 to three days in 2014.

This was a huge improvement over the year before and is pretty high for open source conferences in general. DrupalCon Austin, for example, left behind its historic 8% female conference attendance by achieving 20%.

NERDSummit additionally had 12% youth in attendance, with a subset of that taking advantage of onsite childcare.

While the area in New England where NERDSummit was held, Western Massachusetts, is fairly progressive. It’s clear that something we did worked.

Feedback so far has been overwhelmingly positive and we are collecting more organized feedback now. While we did pretty well drawing in more attendees and a better gender balance, NERDSummit was still fairly homogeneous in terms of race and class. NERDSummit 2015, and the years to come, will focus on reaching new communities in addition to further diversifying the ones already in attendance.

We hope to continue to see our efforts bringing more people into the industry, but also effecting changes that improve the number of people who stay. If open source is going to be a solution made by the world and for the world, it will need to be supported by the world, the whole world, and not just a privileged subset of the population. While some are working on solving the “talent shortage” and others are working on better recruiting, how we function as an IT community is one place where we can all take responsibility and make a big impact for the better. 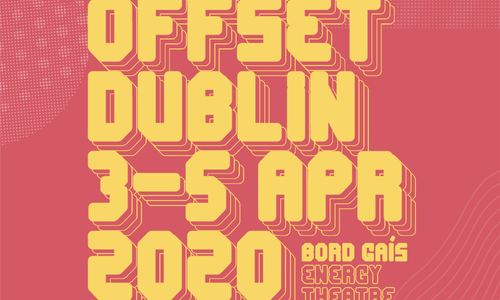 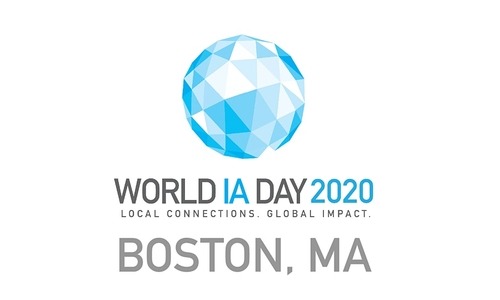