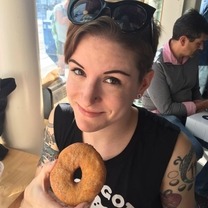 In April of this year, I was lucky enough to be able to attend DrupalCon Nashville with four of my coworkers. As a largely non-technical member of the LCM team, when it comes to attending events, I always worry that there won’t be enough sessions aimed at my line of work. This year however, I got to see some really amazing sessions, including Making Inclusion Happen Through Mentoring and Extending the abstract class of privilege: outcomes and lessons learned. I didn’t realize these talks would end up having such a profound impact on me, but as the conference was coming to a close, I found myself buzzing with ideas about how Last Call Media could make a difference in our local communities back in Western Mass.

Serendipitously, once I was back home a friend of mine and 7th grade teacher mentioned to me that her classes would be working on a Technology Research project in the coming weeks. Everything clicked together in that moment: this was the perfect opportunity to kick off an effort of community outreach from Last Call Media.

Kelly McCabe (Sr. Developer) and I set off for Up Academy Kennedy in Springfield, MA, on a Thursday in May. Ang Buxton’s 7th grade classes had a lot of questions for us, right away. They wanted to know how coding played a role in their favorite video games, like Fortnite and Minecraft; they wanted to know where they should go to college if they want to study computer science or learn how to code; they wanted to know if emojis and GIFs are code. But their number one question, in both classes, was simply: what even IS coding?

Kelly and I struggled a bit trying to answer this at first. While I spend a lot of my work days translating communication between LCM’s developers and our clients, this was my first time speaking with an audience this young. Since UAK is an incredibly diverse school, Ms. Buxton helped us explain what code and coding is to her classes with one really brilliant analogy. She asked the classes, “How many of you are bilingual?” Almost every hand went up, and Kelly and I were able to explain, “Code is just another language. It’s the language that a person uses to tell a computer, or a program, or a website, what to do, and it’s the language that computers use to talk to each other.” And with that, we could see that it all made a lot more sense to every student in the room.

After our Q&A with the students, they each got to log on to UAK laptops to try their hand at coding. We got them started on Scratch, a program that they had already begun to explore as a class. One student, Nasir, has been using Scratch on his own for almost a year, and even gave a little demo of his project to the rest of his classmates.

Some students found Scratch difficult to get into, so we introduced them to Code Combat (utilizing Python), and demonstrated what can be done just by using the Inspector tool on any given web page—starting with the Last Call site.

The students really took to Code Combat and the Inspector tool. One student used Inspector to change a Google result on Stephen Curry to be about “Stephanie Curry,” and another experimented with changing LCM’s entire color scheme; we all agreed that the site looks best as it is now, but it went through multiple iterations of yellow, blue, and green before we got there.

Code Combat caught on, to the point where kids were exclaiming, “This is cool!” in a way I thought they only would if someone were bribing them (and we weren’t). Because it’s modeled after games they would genuinely play on their own time, it’s easy to forget that anything is being taught at all. After just a few gentle reminders about how “literal” coding is—misspelling a command or leaving out a “()” at the end of a line can be the difference between your code working, or not—most of the students made it through almost every available level of Code Combat in the time we had. Some of them even asked how they could continue playing once they got home! 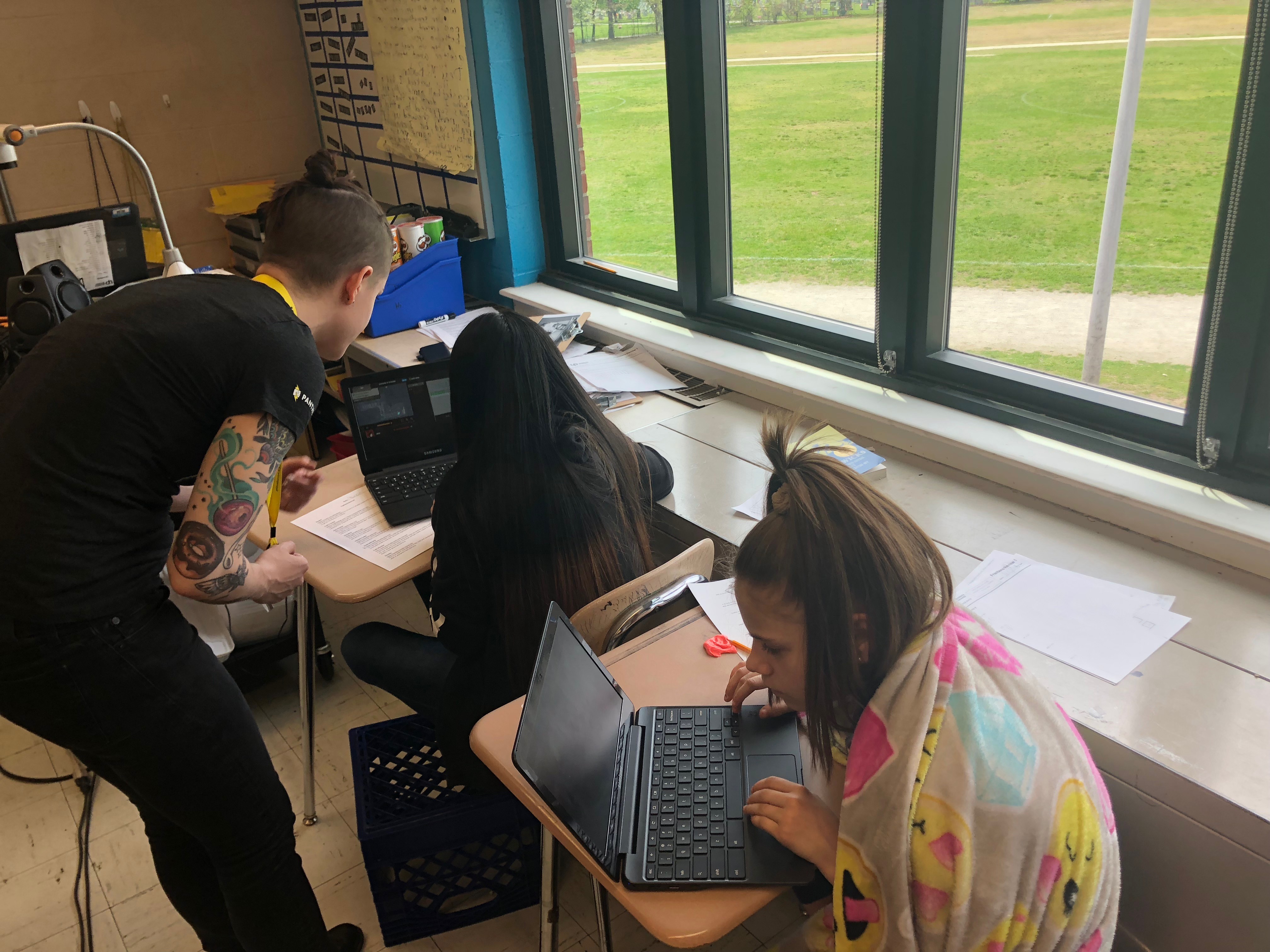 Our trip to Up Academy Kennedy was a great experience for us, and for the students in Ms. Buxton’s classes. After getting feedback from the students, the consensus definitely seems to be that coding and development is challenging, but fun:

It was fun. It was real fun. The problem solving… it was frustrating a little but it was fun. — Tyrek A.

They were really cool, and it sparked an interest for me in coding. I now have a plan B. I want to do sports, but if that doesn’t work out, I can go into coding. — Cristian C.

I learned a new skill. I liked that. And I liked that I could tell the little guy what to do with the commands. And that it was challenging. Kind of frustrating, but still fun. — Ariana R.

The new thing I learned is that codes are literally in everything that has to do with technology. — Alex M.

Kelly M. and I had a ton of fun working with the students, teaching them some basics about coding, and giving them an inside look at how we both came to work in the tech field, and what it’s like for us to do what we do. We hope to have inspired even just a few of these kids to consider a career in tech, which is a fast-growing field that is in need of more diversity.

Do you know a group of students that might be interested in an introduction to coding and development? We’d love to come talk to them! Email [email protected] to set something up! 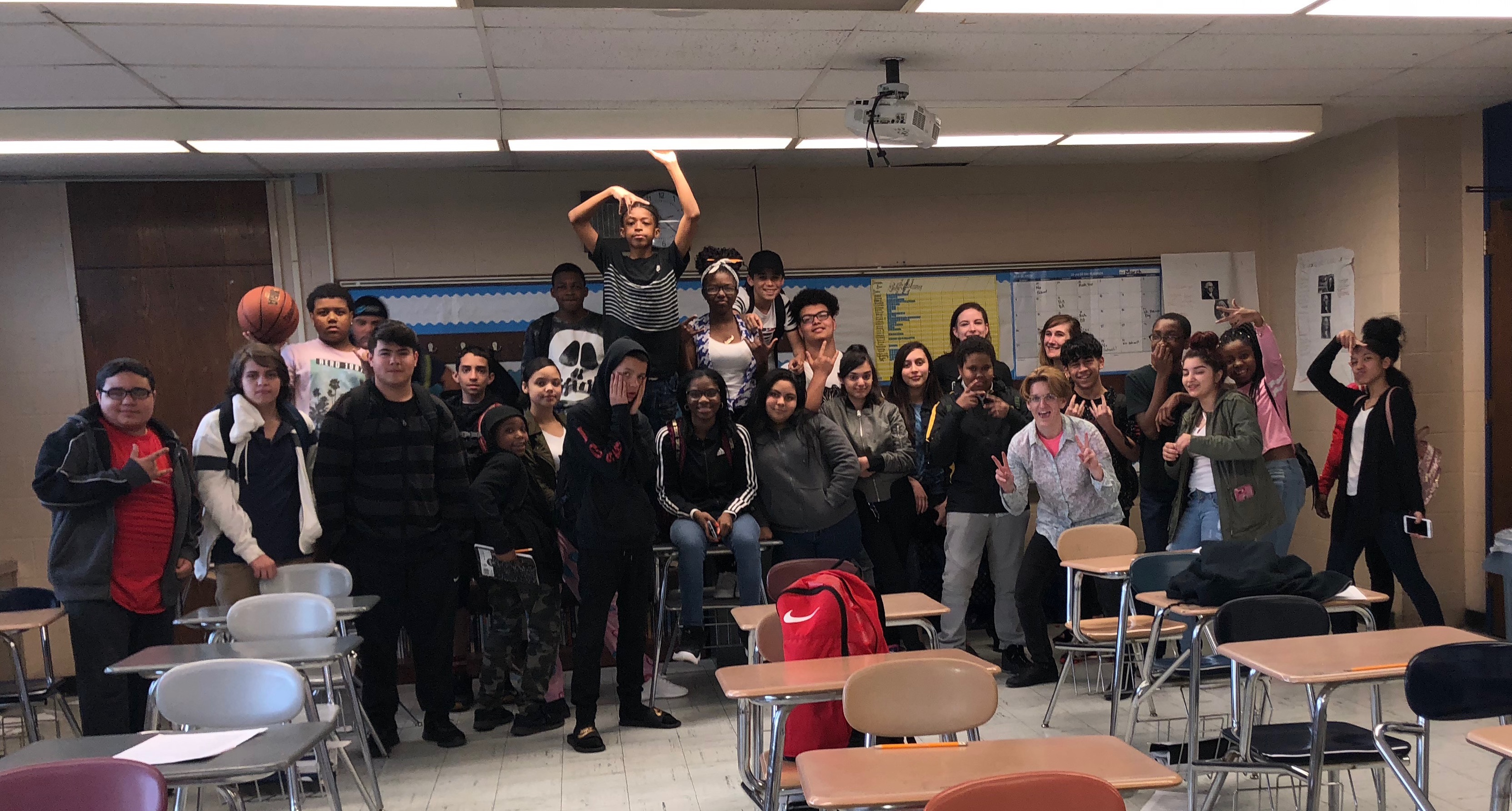 Special thanks to Up Academy Kennedy, Ang Buxton and her students, and the presenters at DrupalCon Nashville for their inspiring sessions!